We are excited that you’re here and planning a visit to our one-of-a-kind museum in Fort Knox. Here, you will experience the fascinating and inspiring history of one of America’s most successful and unconventional military leaders, General George S. Patton, Jr.

General Patton exemplified the uncompromising determination of a born leader. He was relentless in the pursuit of victory from his command of the 1st Provisional Tank Brigade in World War I to his legendary career in the Mediterranean and European Theaters of World War II. Patton’s name was revered by his comrades and struck terror at the hearts of his enemies.

In our exhibit halls, not only will you discover stories from Patton’s prolific military career, but you’ll also find an exclusive collection of artifacts spanning all the way back to his childhood in California and his participation in the 1912 Olympic Games in Stockholm, Sweden.

Our ROTC Hall, honoring students at the beginning of their military careers, and our 21st Century exhibits, including an actual fire truck damaged at the Pentagon during the attacks on 9/11, showcase just some of the ways that Patton’s legacy of leadership continues to motivate and inspire Americans to this day.

We invite you to explore the captivating history of an American hero and encourage you to develop your own sense of leadership, both professional and personal. We hope that the legacy of General Patton will inspire you to discover and cultivate the leader within yourself.

The General George Patton Museum and Center for Leadership is supported by the Patton Museum Foundation, a charitable 501(c)(3) non-profit organization.  The Patton Museum belongs to the American people and we rely on you, our community of supporters, to ensure that the Museum experience remains top notch and relevant to the next generation of leaders.

If you would like to support the Patton Museum Foundation, we ask you to consider making a tax-deductible donation today to ensure the Legacy of Leadership lives on for future generations of Americans.

When people think of Fort Knox, many conjure up images of an impenetrable fortress designed to protect a wealth of America’s gold treasure.  It’s true, the United States Bullion Depository is a massive fortified vault. Built in 1936 on land transferred from the adjacent Fort Knox Army Post, the Bullion Depository houses most of the country’s gold reserves. But Fort Knox is much more than a vault.

Fort Knox is named for Henry Knox, the first United States Secretary of War and Chief of Artillery in the Revolutionary War. The history of the 109,000-acre installation dates back to the Civil War. In 1861 fortifications were first built on Muldraugh Hill, a piece of land contested by Union and Confederate forces. Since that time, the installation has served as a training center for countless Soldiers and, more recently, students.

The ROTC Cadet Summer Training program is the single largest training program in the United States Army. Each summer, thousands of Cadets from across the country assemble on Fort Knox for Basic and Advanced training in marksmanship, navigation, confidence, leadership and more. The stories housed in the General George Patton Museum serve as important examples in Cadets’ training in Leadership. 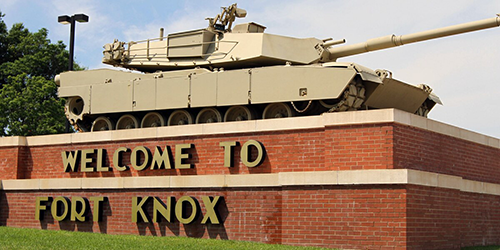 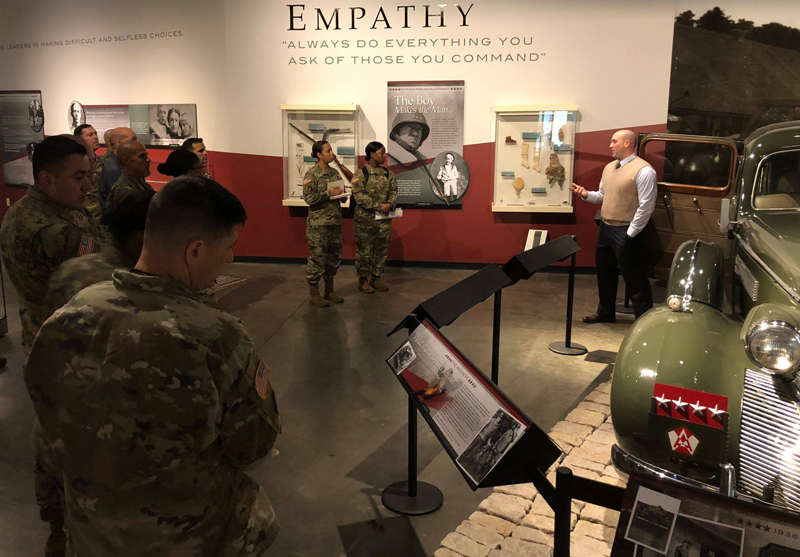 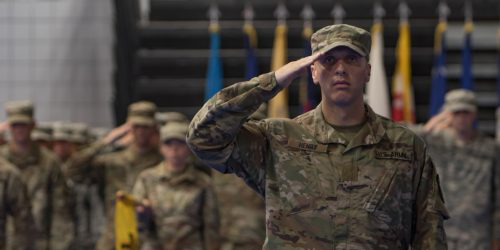 Since its establishment as the Patton Museum of Cavalry and Armor in 1948, the Museum has evolved to meet the demands of a changing military and a changing country.

The Patton Museum Foundation (formerly the Cavalry-Armor Foundation) provided for the construction of the current facility and its substantial renovations in 2011 and 2018 at no cost to the U.S. Government. Until 2011, Fort Knox was also home to the Armor School, now located at Fort Benning, hence the Museum of Cavalry and Armor.

Since the relocation of the Armor School and many of the tanks, the Museum has been reimagined as a Museum of Leadership. With the largest collection of Patton artifacts in the world, Fort Knox proved the perfect location for the Cadet Summer Training Program, where thousands of ROTC students from across the U.S. train in leadership skills to become future officers.

“The influence one man can have on thousands is a never ending source of wonder to me.”